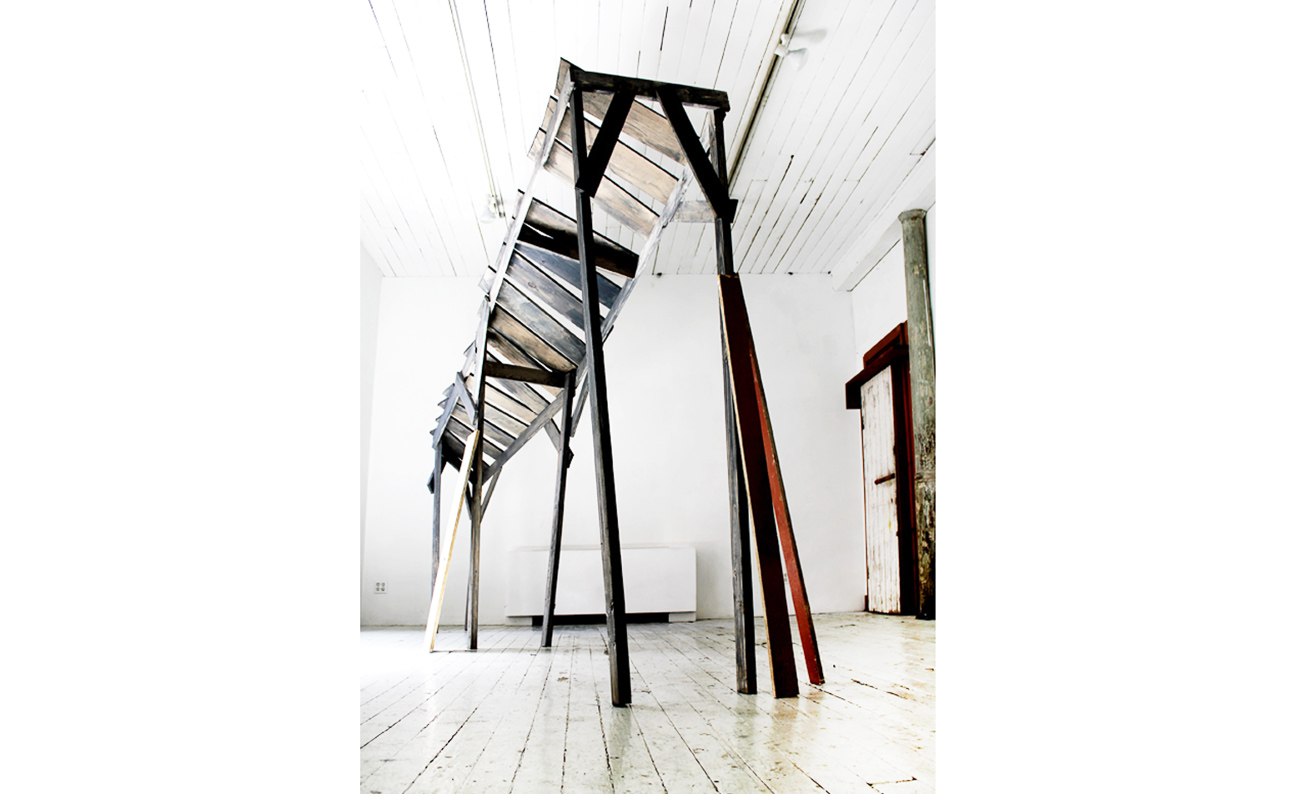 I will participate in the groupshow IN CASE WE DON`T DIE at Torrance Art Museum in LA, the opening is March 30 Theatre, acrylic on..
Read More 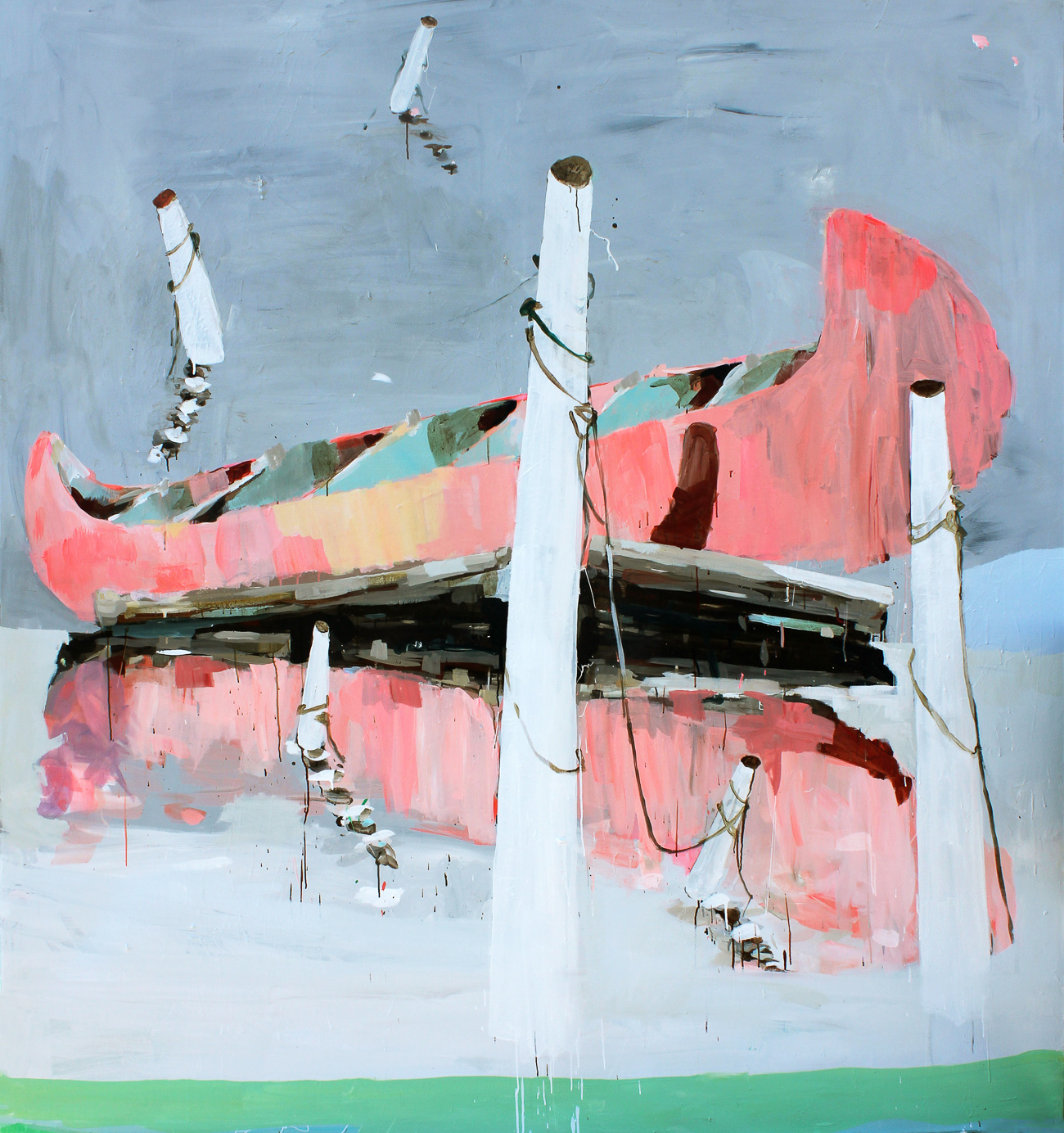 Crystal Bites of Dust at Barbara Davis Gallery is a show about a very specific place in Brooklyn. A place I bike through every day,..
Read More
B
October 10, 2012

Back in New York

I am back in New York, working on my solo show “Crystal bites of Dust” at Barbara Davis Gallery coming up in January.This time I..
Read More
M
October 10, 2012

I am proud to ba a part of Copenhagen Art Festival. I will be in the videoprogramme ILOVIT, Jeppe Heins public art project at Højbro..
Read More
S
July 27, 2012

After I came back from New York I headed north to work on my first commission. A climbing cliffscape for the older kids to hang..
Read More
K
June 28, 2012

The building proces at the amazing old ship wharf started yesterday and progess is happening quite fast. Tomorrow the Douglas wood is arriving from the..
Read More
W
June 28, 2012

I am honored to have been invited as a guest-exhibitor at this years summer-exhibition at Vrå Kunstbygning in the Northern part of Denmark. It is..
Read More
S
May 10, 2012

I am grateful to accept the Silkeborg Artist Award.  Not only does the money fall on a dry place, but I am especailly honored that..
Read More
M
April 12, 2012

I just moved into my new studio at Prags Boulevard. This means that I now have a studio in New York and in Copenhagen (of..
Read More
R
April 12, 2012

The Silent Station, solo at Nikolaj Kunsthal i Copenhagen

Laws of Jantes from the homes of people in Jante…  Blueprint of Shipdrawing – broidery 1:1  Kunsthallen Nikolaj is NOT a Church – at du..
Read More
S
November 17, 2011

– is now confirmed.I will travel to Venezuela autumn 2012 in preparation for the show in 2013. The show will travel further to art museums..
Read More
S
November 10, 2011

LA Weekly: Best art I saw all week. Mie Olise’s Shipsearching at Honor Fraser is as Cool as a Treehouse

“Shipsearching, Mie Olise’s awesome treehouse of an artwork at Honor Fraser gallery, stole the opening-night-in-Culver-City scene for me. You may be wondering, what’s a treehouse..
Read More
T
October 19, 2011

The Danish Arts Council sponsors my upcoming museum show at Kunsthallen Nikolaj, Copenhagen Contemporary Arty Centre. I have been working on the project since spring..
Read More
B
October 19, 2011

Back in New York – new studio in Bushwick

working on the show at Honor Fraser, opening on oct 29. The studio is one of the best, and by far the most expensive studio..
Read More
E
August 20, 2011

I spend the first 2 weeks of august at Edition Copenhagen, the best printers workshop in Copenhagen. I was a thrill to work on the..
Read More
D
June 21, 2011

For my Show at Nikolaj Copenhagen Contemporary Art Center, I have been awarded a studio and an appartment in Copenhagen for 3 months up until..
Read More
A
February 28, 2011

PLAYING SHIP VIDEO, curated by Enrico Tomaselli, director of the Magmart Video Festivalclick to see video The Playing Ship video I made at Iceland during..
Read More
H
January 23, 2011

In november I will open my show “Shipsearching” at the LA Gallery, Honor Fraser.Honor Fraser is my all time favourite LA gallery, this is why:www.honorfraser.com
Read More
P
January 5, 2011

I am very happy to receive the Ole Haslund Travel Award this year. Thursday I went to the award ceremony and met the other artists..
Read More
D
November 9, 2010

Danish Art Council: Film about their support of my Skowhegan Residency.

Mie Olise has been awarded a working grant from the Danish Arts Council, for her research for The Fugitive Crosses his Tracks-project, which will be..
Read More
M
September 14, 2010

I am in the Film Program of The Whistable Biennale (UK)Brian Dillon, editor af Cabinet Magazine, has curated the film programme.click here for more detailshttp://www.whitstablebiennale.com/about-the-biennale.html
Read More
F
May 14, 2010

OPEN STUDIOS AT THE ISCP

The Exquitsite Capabilities of the Flying Carpet catalogue now at the Bookstore at Statens Museum for Kunst, Copenhagen

You can buy the catalogue from my solo show at SNYK Skive Ny Kunstmuseum in Copenhagen. You can also get the catalogue through SNYK.
Read More
R
March 13, 2010

Radio Interview with the KUHF