“If others can see it as I have seen it, then it may be called a vision rather than a dream.”

A vision indeed – the term seems accurate to describe Mie Olise Kjaergaard’s current work. In News from Nowhere, she conceives a world of its own, named Moirania, a complex society in which human and nature seem to merge, a place that becomes tangible through the artist’s paintings, sculptural objects, and architectural installation.

The title of the exhibition is taken from William Morris’s utopian novel News from Nowhere (1890) that draws the picture of an agrarian society free of capitalism and industrialization, where people live in harmony with each other and with nature. Kjærgaard’s paintings evoke the same pastoral paradise, with humans and horses in landscapes populated by palm trees and wooden constructions. Just like the protagonist of Morris’s book, who wakes up one morning to find himself in this pastoral paradise, the visitor enters the fictional realm of Moirania almost taken by surprise, but is subsequently guided by Kjærgaard’s spatial and temporal construction that spans the gallery space. The people of Moirania go about their lifes in these fictional landscapes, riding their bikes, or navigating in boats. Any clear temporal signifiers are absent, making it look even more like a place outside of space and time.

News from Nowhere seems like a natural progress of Kjærgaard’s creative development; indeed, her process implies an investigation in time and in space of physical sites, and of stories, either related or unrelated to her own personal history, that might even seem anecdotic, and yet she connects these tales to her own.  Her background as an architect clearly informs her artistic approach as she investigates a site before conceiving a spatial model, situating her work with regard to the built environment.

Kjærgaard’s oeuvre deals with places, specific sites, as well as man-made constructions and architectural experimentations that she adapts specifically for each new exhibition of her work. For Discontinued Monuments, at the Museo de Arte Acarigua in Venezuela in 2016, she recreated in the galleries a fallen society through paintings and debris installed in the space. Her show Bastard Monuments at the Samuel Freeman Gallery in Los Angeles in 2017 took the epic film production Intolerance by D.W. Griffith (1916) as a starting point to investigate a fictional archaeological setting that was created for the film set. She took the investigation into dishonest constructions, a term employed in architecture, and authenticity even further, and transformed the question of history and its appropriation into a larger reflection on the make beliefs of decor and architecture, in films as well as in the present. She also employed some of the same proceedings used in film, notably the fake design, to further confront the flatness of the canvas, and use it rather like a decorum itself, thus transforming the painting into an architectural element that is part of a whole.

For News from Nowhere, Kjærgaard has similarly experimented with space, but she has taken it one-step further: “pointing to the past, I started thinking about a future”, as the artist explained her evolution over the past few years. The architectural landscape has made place for a more natural environment painted in broad brushstrokes, Moirania. This complex world that she depicts seems almost raw, as her art is immediate and doesn’t leave room for a poetic immersion; it grabs and draws the viewer in. Black prevails in the paintings and large surfaces of the canvases are left white. The eye wanders through the space, further guided by the shift of scale of the paintings – large canvases painted with broad brushstrokes alternate with smaller ones that give a more intimate glimpse of creatures and sites in Moirania. The paintings here function very much as sculptural objects or part of an architectural installation, enhanced by the ramp in the gallery, and sculpted wooden blocks that echo the painted patterns. The Woman with the three eyed hat is a powerful visual authority inside this architectural framework. Despite her almost everyday activity of riding her bike, she seems to symbolize a presence that transcends the moment and points to the past as well as to the future. The mythical aspect of this figure is further echoed in other three eyed figures that inhabit Moirania. Their enigmatic aspect evocates insight into the unknown, and maybe even points to the Greek Moirai, Fates, and the question of human destiny.

It is rare to find an artist today who is capable of creating a unique world that is so immediate and detailed in its visual description but seems so far away from the geopolitical issues of our current time. And yet, the utopian vision itself can become a powerful statement, a glimpse of something else that might be possible. Despite its fictional character, Moirania takes on a political message, way beyond its walls, and resonates with contemporary concerns such as global warming, deforestation, industrialization, as well as rising nationalism, while captivating the visitor through its raw, and expressive energy as conveyed through Kjærgaard’s paintings and installation.

Frauke V. Josenhans is the Horace W. Goldsmith Associate Curator of Modern and Contemporary Art at the Yale University Art Gallery. She has worked at several cultural institutions and museums in Europe and the United States, and she has contributed to English, French, and German art-historical journals, books, and catalogues. She has curated numerous exhibitions at various museums, notably Everything Is Dada (2016) and Artists in Exile: Expressions of Loss and Hope (2017) at the Gallery; she was the editor and primary author of the latter’s accompanying catalogue. 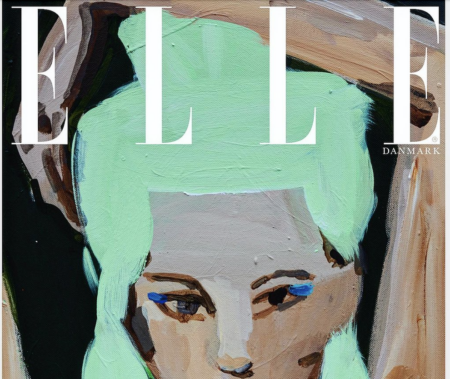 I am honoured and excited to have done the January Issue of 2022 – it comes with an interview, which you can read below. CategoriesNews
Read More 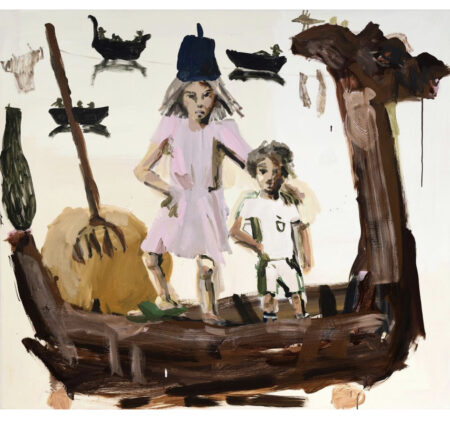 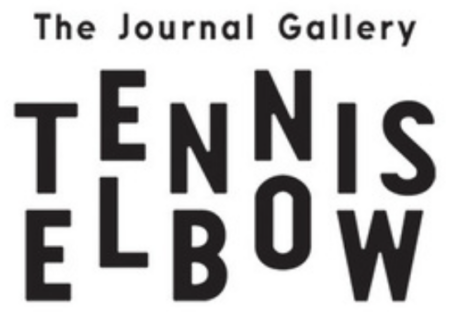