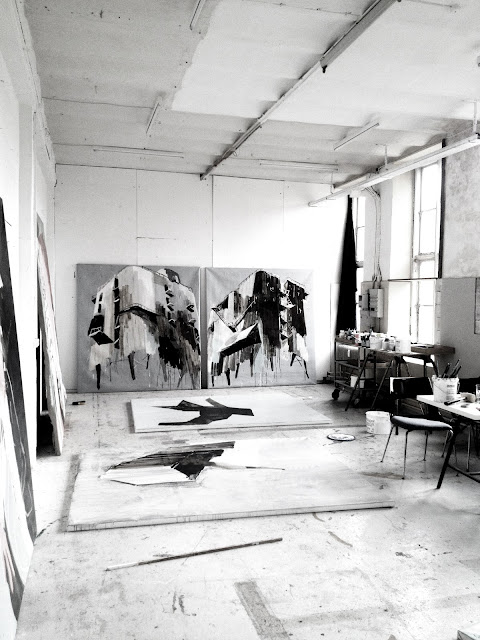 I just moved into my new studio at Prags Boulevard. This means that I now have a studio in New York and in Copenhagen (of course subletted when I am not there;-)After months of preparing the Nikolaj Kunsthal show mostly as a project-manager with a busy studio with many people, I enjoy the days in the studio, as they were 15 years ago, too. By myself with my OWN hands getting dirty!

I have been longing to paint again, and I am finishing the project about “The Pyramid City” by the arctic circle. I am still working on the last video from my trips up there in 2007 and 2008, and as I never painted from up there, the real Pyramiden, is now so far away in my memory, that I can start painting the appartment blocks, that fascinated me so much. Especially the building called London, where the single men lived alone. It is a very unique architectural construction as it has rounded corners, 4 storages and is built in wood – standing on pillars. Which leads my thoughts to another apartmentblock on pillars …
I also draw architectural drawings of the city… trying to get in touch with the Russians again – and that has never been easy,-) 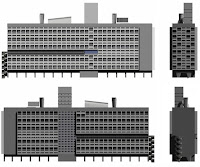 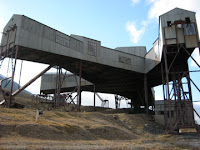 I am also preparing my travels to South America, where I will have museumshows in 2013-2015.